For several years, research at Queen Mary's Centre for Digital Music has probed the intersection of signal analysis technologies with informatics technologies. More specifically, we have built audio signal-level feature extractors which output RDF - the language of the Semantic Web - which have enabled us to build prototypes that expose enhanced functionality and offer new experiences to music users of all kinds. This talk will summarise some of our early and recent work in Semantic Audio and Music Informatics, leading up to the current research themes of our FAST-IMPACt (Fusing Audio and Semantic Technologies for Intelligent Music Production and Consumption) project. FAST-IMPACt is a 5 year programme of research involving 3 UK universities together with commercial and non-commercial partners from around the world. Its overarching aim is to bring more engaging and immersive experiences based on musical knowledge of all kinds to users of all kinds. Where relevant and possible, the principles will be illustrated with demos. 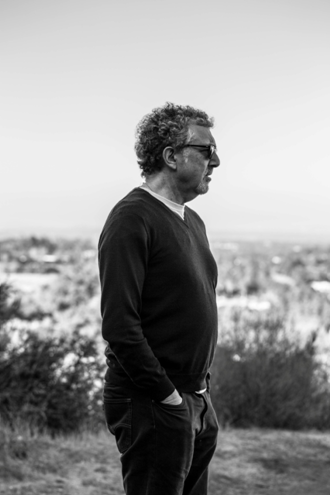 Mark Sandler was born in 1955. He received the B.Sc. and Ph.D. degrees from the University of Essex, U.K., in 1978 and 1984, respectively. His PhD was an investigation into Digital Audio Power Amplification and he has been an active researcher in Digital Audio and Digital Music ever since. He is a Professor of Signal Processing at Queen Mary University of London, London, U.K., where he founded the Centre for Digital Music and he has published over 400 papers in journals and conferences and supervised over 30 PhD students.

He is currently Director of the EPSRC/AHRC Centre for Doctoral Training in Media and Arts Technology, and Principal Investigator of the 5 year research project, Fusing Audio and Semantic Technologies for Intelligent Music Production and Consumption.

Keynote 2
The promise of music information retrieval: Are we there yet?
J. Stephen Downie

In 1988 I needed to find some easy-to-play music for an upcoming flute performance exam. As a famously mediocre flute player, I was more than a little desperate to find something that would require the least amount of rehearsal time (and talent) to perform. I had previously played a baroque piece in the key of C that just might fit the bill. After too many hours of searching that included innumerable consultations with infinitely patient music librarians and fellow music students, we finally determined that the work in question was Bach's Flute Sonata in C, BWV 1033. This real-world use case inspired me to ask: "Why is it so difficult to identify, and then locate, a rather famous piece of music that I had actually played before?" In this talk, I reflect on just how far music information retrieval research (MIR) has come in the intervening 27 years in making access to music resources quick and simple. As I expound on my personal journey as an MIR researcher, I will note some of the twists in the road that I have surprised me. I will also offer up some commentary on lesser-travelled paths that we as community should explore.

He was the Principal Investigator on the Networked Environment for Music Analysis (NEMA) project, funded by the Andrew W. Mellon Foundation.

He is Co-PI on the Structural Analysis of Large Amounts of Music Information (SALAMI) project, jointly funded by the National Science Foundation (NSF), the Canadian Social Science and Humanities Research Council (SSHRC), and the UK's Joint Information Systems Committee (JISC).

He has been very active in the establishment of the Music Information Retrieval (MIR) community through his ongoing work with the International Society for Music Information Retrieval (ISMIR) conferences. He was ISMIR's founding President and now serves on the ISMIR board. Professor Downie holds a BA (Music Theory and Composition) along with a Master's and a PhD in Library and Information Science, all earned at the University of Western Ontario, London, Canada.